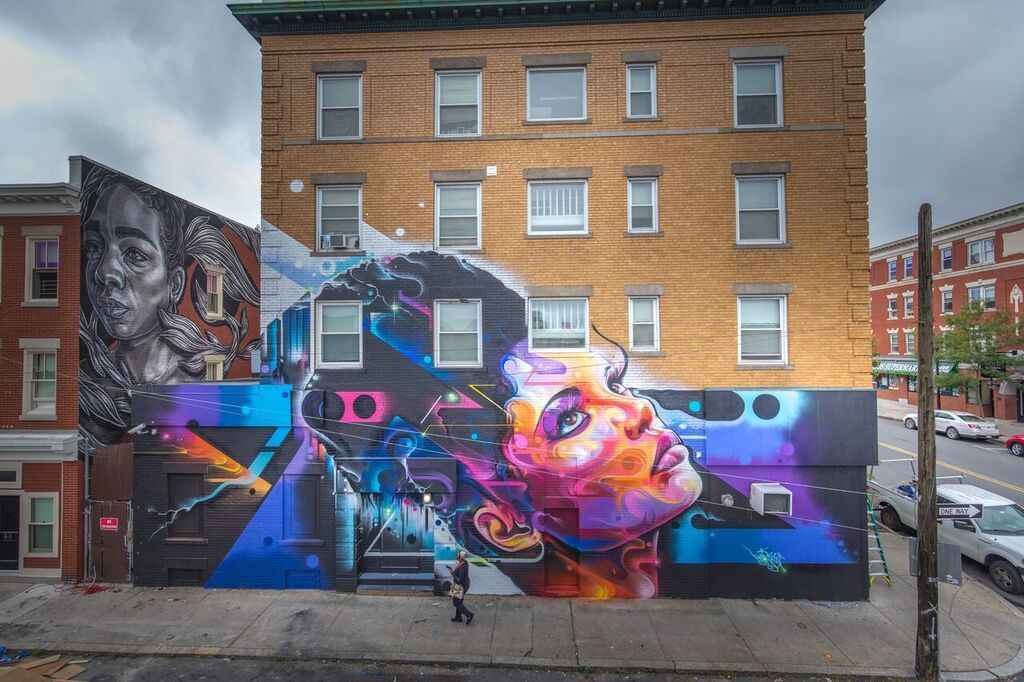 Make a difference. Support Art that has an Impact.

Sponsor a Mural. Break Down Barriers.

About the Punto Urban Art Museum

NSCDC founded Massachusetts’ first and only public art program designed with an anti-displacement strategy to enhance the lives of people who live in a low-income community.

The Punto Urban Art Museum (PUAM) was born out of a year-long, comprehensive community process in 2013. NSCDC led a strategic planning process with neighborhood residents, business owners and city officials to create The Point Vision & Action Plan. The plan aimed at measurable improvements for the quality of life of Point neighborhood residents. One of the key goals of the plan was to reduce the stigma directed at the Point neighborhood and its residents. Stigma was seen as a substantial barrier to opportunity, particularly for the neighborhood’s young people.

PUAM launched in 2017, and after two seasons, residents and visitors are able to view 75 murals within a three-block radius. Many of the artists invited to contribute a mural are world-renowned, including Chor Boogie, HULA, and Aquarela. The other artists are local, with priority given to Point and Salem-based artists.

PUAM has established a model for leveraging public art to benefit low-income neighborhoods in an equitable way that doesn’t result in displacement.

PUAM is ultimately governed by NSCDC’s Board of Directors, whose by-laws provide that one-third of the directors be low-income or live in a low-income census tract served by NSCDC. Residents and small-business owners in the Point have a seat at the table when the organization’s priorities are set.